“The only two good words that can be said for a hurricane are that it gives sufficient warning of its approach, and that it blows from one point of the compass at a time.” – Gertrude Atherton

We are only five weeks into the 2020 college football season and it is already shaping up to be one of the wildest and weirdest seasons in recent memory. We’ve seen record setting performance, insane comebacks, improbable upsets and absolute beatdowns. This weekend might just be a little different though. The schedule for week six is packed with Top 25 matchups in the ACC and SEC. None bigger than Saturday night’s Top 10 showdown.

The #1 ranked Clemson Tigers continue to roll over ACC opponents coming off an 18 point victory over Virginia. It’s been a long time since Clemson has played an ACC contest where the team they were facing posed any sort of threat. We get just that this week. Miami comes to Death Valley with an electric offense led by dual threat QB D’Eriq King. The Canes have been putting up a bunch of yards and points on opponents this season. The same can also be said for the Tigers. Both teams average over 42 ppg and close to 500 yards of total offense per game. Miami is feature the more balance attack, while Clemson has the more dangerous aerial down field attack. The questions for Saturday night are which defense can step up and who will be able to handle the elements better.

With Hurricane Delta currently blowing through the Gulf, states all throughout the Southeast will have to deal with heavy rainfall on Saturday. It was in 2015 that Clemson played a sloppy game in a hurricane against Notre Dame. This year, the Tigers will face two hurricanes. The team that is able to weather the storm and the elements the best, will put themselves in prime position for the win.

Aside from the rain, which defense will be able to make stops against the opposing offense? Clemson struggled at times against Virginia last week and had a real hard time getting pressure on Brennan Armstrong. On the flip side, Miami has already shown to have problems stopping a serious passing attack. A few weeks ago, Louisville shredded the Hurricanes defense. Trevor Lawrence has been balling this year. He hasn’t had to play much, but when he does, he has shown why he is a Heisman contender and potential #1 NFL draft pick. Miami’s secondary will have to play better than we’ve seen from them thus far. Clemson’s front four is going to have to figure out a way to get pressure on King and contain him in the pocket.

It has been a long time since Miami has had a serious national championship caliber team. If they are able to beat Clemson this week, that would be a huge win for the Canes program and head coach Manny Diaz moving forward. I’m not convinced that this Miami team is as good as they are being hyped to be. They have a lot of problems that are a pause for concern. However, a win on Saturday night would go a long way for them.

While this might be the biggest match-up of the weekend, there are several other Top 25 games that are going to be exciting to watch. The ACC features another of these match-ups with the Hokies and the Tar Heels squaring off at Noon in Chapel Hill. The Tar Heels haven’t played up to expectations so far, but they are 2-0 and might have been saving up their best game for tomorrow. Sam Howell appears to be going through the sophomore slump. Can he get the offense ramped up against a really good Hokies defense?

In the SEC, the high powered Florida offense travels down to College Station, TX to take on a Texas A&M team that is really trying to find themselves this year. They have no sense of identity on offense and the pressure is starting to mount on Jimbo Fisher. And then, there is the 3:30 CBS game between Tennessee and Georgia. The Vols are rolling and have been since the middle of last year. Meanwhile, Georgia is coming off of their dominant win over Auburn. The Dawgs defense is stout and the offense has done just enough. Tennessee also features a really good defense of their own. I’m not sure if the Vols can win Saturday, but I do think the Dawgs shouldn’t be over-confident. This one will be closer than the experts think.

This week is also the annual “Red River Rivalry”. Both Texas and Oklahoma are really struggling this year, mainly on defense. Both teams limp into this rivalry game after losing in upsets last week. Oklahoma comes in with two straight losses, something the Sooners haven’t faced since 1999. With the defenses playing like they are, this game sets up to be a high scoring shoot-out. If that’s the case, then the biggest advantage for Texas is the experience of QB Sam Ehlinger. Oklahoma doesn’t have that experience with Spence Rattler and it has showed this year. Normally this game involves a lot of national implications, this year, these teams are just fighting to stay alive in the Big-12 race. Even though the game doesn’t mean as much as it normally does, this is still going to be a great game to watch.

Not a great week with my picks last week, it was just an average week. After going 5-5 with my pick last week, this week I’m looking to get over the .500 mark. Here a few of this week’s match-ups to watch.

The 2020 edition of the “Red River Rivalry” doesn’t have quite the national appeal that this game normally has. Both teams come into this annual rivalry game really struggling. The Horns and Sooners come into this game after losing in upset games against conference opponents TCU and Iowa State respectively. In fact, the Sooners are coming into this game in a position they haven’t been in for over two decades, after losing two straight games. Both teams have a lot of issues this season, mainly on the defensive side of the ball. This game has all of the makings of being a high scoring shootout. Neither team has looked great this year and this game could go either way. However, for me, I’m riding with the Longhorns and the only reason is because of the experience of QB Sam Ehlinger. Horns win a close one.

Florida’s offense has been absolutely unstoppable so far this season. The combination of Kyle Trask and Kyle Pitts stoke the dangerous Gators aerial attack. The Gators have also looked to be one of the most balanced offenses in the country. They’ll be going up a much better defense than they’ve seen with Ole Miss and South Carolina. Texas A&M is going to have to rely on those guys on defense this week as their offense has not been clicking. It’s been a disappointing start to the 2020 season for Aggies fans and I believe its not going to get any better this week. The seat is going to really start heating up for Jimbo Fisher there in College Station.

The Hokies have been the biggest surprise to me so far this season in the ACC. The Hokies offense has been pounding the ball against opponents averaging over 300 yards on the ground. Despite turning the ball over numerous times a week ago, the Hokies were able to find a way to win against a Duke team that is struggling this year. This week, we really get to find out how good this Virginia Tech team really is. North Carolina has been uninspiring so far through their two games. After having to pull away from Syracuse late in the opener, the Tar Heels were a two point conversion away from being taken to overtime by Boston College last week. Sophomore QB Sam Howell hasn’t been sharp and will really need to knock off the rust on Saturday against a really good VT defense. I think UNC has the better overall and balanced team and they will be able to pull out a gutsy win at home against this upstart Hokies team.

Tennessee has been the hottest team in the country since the middle of last season. The Vols are now on an eight game winning streak and look to make a huge statement win on Saturday against SEC East rival Georgia. The Vols offense has been extremely balanced with a steady running game mixed with good quarterback play from Jarrett Guarantano. Can they keep that up on Saturday against a staunch Georgia defense? The Dawgs silenced the doubters last week with a dominating performance over Auburn. The Dawgs defense kept the Tigers offense out of the endzone and off the field for most of the game. On the other side of the ball, Stetson Bennett has been a pleasant surprise for Bulldog fans. Bennett’s numbers won’t light up the stat sheet, but he’s done enough and made enough big plays to push the Dawgs to 2-0 this season and a Top 3 ranking. Tennessee also has a very good defense, especially up front. If the Vols want to win on Saturday, they will need to make Bennett uncomfortable and force him to make some mistakes. If they can’t do that, we may see Tennessee’s win streak come to an end. I don’t expect Tennessee to get blown out. They’ll be able to keep it close, but Georgia will come out on top once the dust settles.

The last two times the Tigers and Hurricanes have faced off, Clemson has outscored the Canes 96-3. Miami started off 2020 with a sloppy showing against UAB in the opener. Since then, the Miami offense has exploded scoring 47 and 52 in their last two games. Transfer quarterback D’Eriq King is a true dual threat for the Canes and might just give this young Clemson defense some fits. If the #1 ranked Tigers have a weakness, it’s the experience up front on defense. The talent is definitely there, but the Tigers have struggled to get pressure early this season. Clemson will need to get King contained and force him to use his arm, instead of his legs. The same can be said for the Miami defense. The Canes got shredded against Louisville even though they won. The Cardinals put up over 500 yards of offense a few weeks ago. Clemson features an even better offensive attack with All-Americans Trevor Lawrence and Travis Etienne. The weather is going to be a factor in this one as well as rain from Hurricane Delta may make it a sloppy night at Death Valley. Miami is dangerous, but I’m not sold on them. This is going to be the Canes first real test of the year. Miami will keep it close, but Clemson closes out the game and wins by 10-14 points. 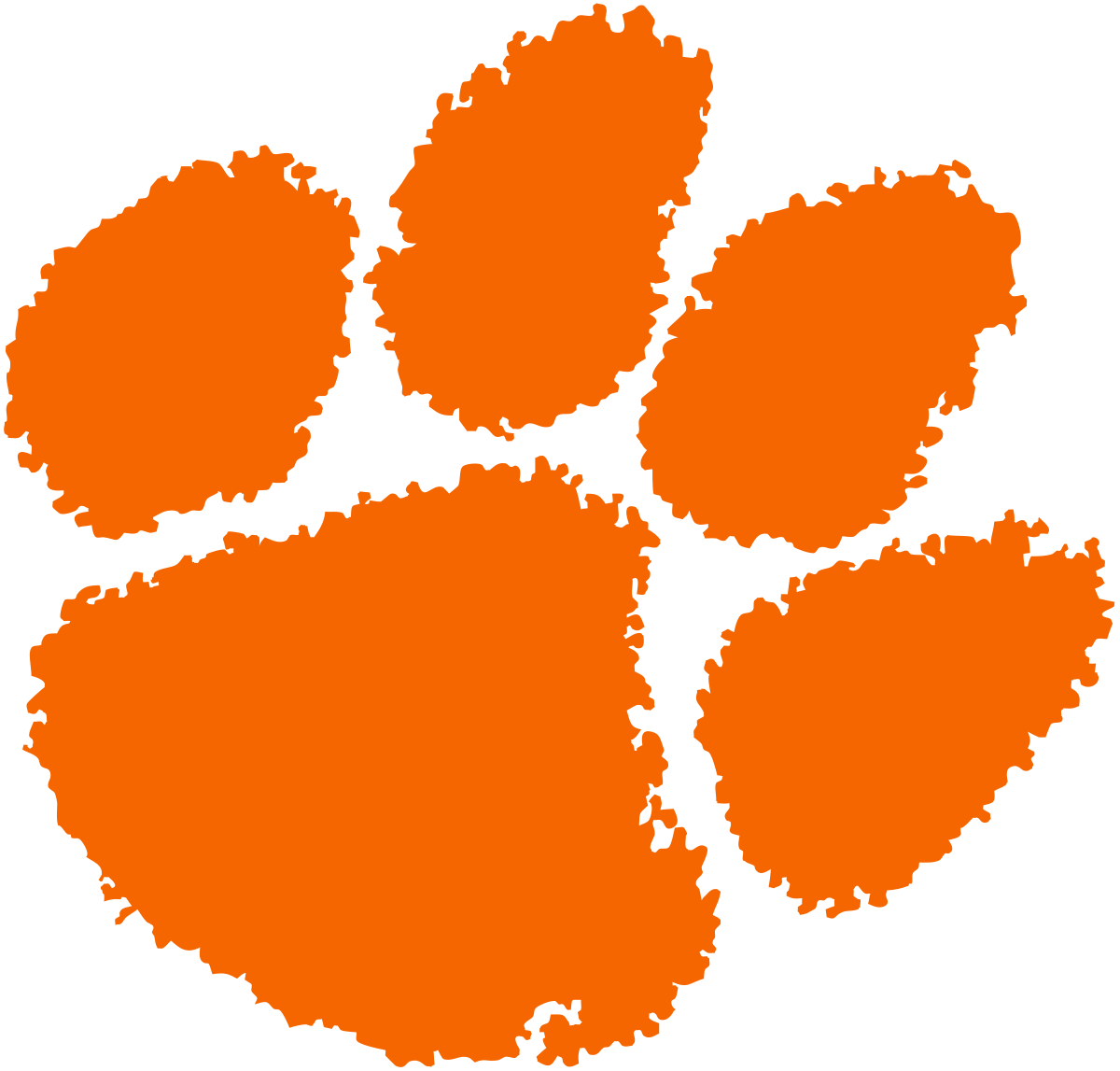 You can catch all of our predications and analysis for this upcoming week by going over to the podcast page and listening to last nights episode. Make sure to click on the Twitter follow button down below and head over to Facebook and like our page and share us with your friends and family. Give us your thoughts on this week’s slate of game by commenting down below as well. You can catch us live on Podbean every Thursday and Sunday night.